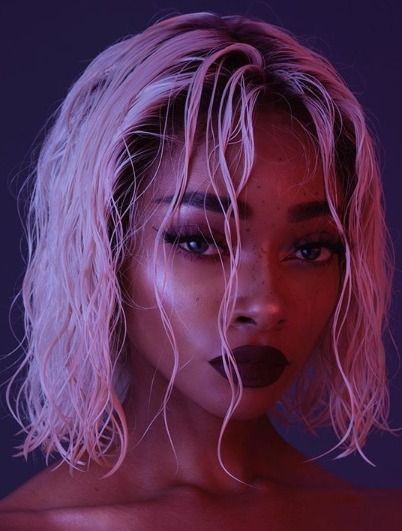 Becoming a kpop idol has rapidly become a huge deal among most young kpop fans from around the world. As a result of this, questions keep popping out in forums from all over as young aspirants constantly search the internet for the littlest bit of light at the end of the tunnel to give them hope that their absurd dream is feasible.

Correct me if I’m wrong, but chances are you are currently reading this blog post because

I have been meaning to write about a topic like this for a while now, but I’ve been putting it off for reasons I too am yet to figure out. Nevertheless, today I’ll be talking kpop, and how possible is it for a foreigner to actually break into the industry.

I love kpop too, I love the sound, the language, and the music style, which is unique, even though it had taken a lot of its foundation from Western and Japanese music.

I’m not really much of the classic fan type in general. Somehow, I’m able to separate the artist from their work, I pretty much just see them for who they are, and that is people, with every single characteristics which makes a person just another human.

This is why I can be interested or in love with a person’s work, but not so much of the person as an individual, at most I respect them.

This habit of mine cuts across all genres and industries.

In the Korean pop music industry, there are bands whose work I love for various reasons,

I think Exo still remains my all-time favorite, I love their music, choreographies, and vocals most especially.

More recent bands for me are Seventeen, Ikon, and NCT. To be honest, even though I know BTS has existed for a while now, their music has only recently started growing on me, thanks to dynamite and some of RM’s 2015 mixtapes, “joke”, and “do you”. Listening to these made me go back to their previous works and actually try to listen to them. As a result of this, BTS has now made its way to the list of bands I respect.

For female groups, it’s currently just Red velvet, and Mamamoo, especially for their vocals and image. I heard a couple of songs from 3ye and Weki Meki, and I think they are also cool too.

Nevertheless, when we are talking about the all-time female Korean pop artist I utterly respect and are humbled in front of, IU takes it all home, without any competition!

So back to the topic,

Is it possible to become a foreign/black kpop idol?

I’m going to try to be as objective as possible here, as a lot of the replies I see people getting from online contributors in forums tends to be overly subjective and emotionally backed.

Point blank, becoming a kpop idol as a foreigner will not be easy by the slightest bit, this is not because Koreans are “racist purists” as I had made a point of in my previous posts How the first black kpop artist failed in Korea and what you can learn from it.

As the younger generation (gen Zs and millennials) grows and with the rapid globalization, this dismantling of racial barriers would become even more so, this would happen not just in Korea, but also on a global level. I mean, if you don’t see BTS, a South Korean boy band which sings 90% of its songs in Korean making a big splash in the west, middle east, and even Africa, as a sign of impending globalism and an acceptance of diversity, I really do not know what else could convince you.

Becoming a foreign pop artist would be hard, not just because of social resistance par sé, but because of South Korea’s society’s core values and beliefs, as well as your delusional thinking and the social norms you’ve been brought up with in your own native country.

If we are all honest with ourselves, we would admit that 80% of all foreign kpop idol aspirants want to be so out of an obsession with the exotic and a very dangerous “the grass is always greener on the other side” mental approach to life.

As with every other thing in life, our fantasies of what could or should be would be the very thing that ruins us.

The purpose of this blog post is to not just serve as a confirmation to the inevitable, but also as an eye-opening food for thought that should make you question your motives, your abilities, your dreams of what you think life would look like for you as an idol, and just life in general.

You should benefit from this even though you do not plan on taking the public route.

Before you jump on the kpop bandwagon and start auditioning to companies, there are possible pitfalls you will need to avoid if you plan on going down this path, as well as certain viewpoints of yourself and the society in general that you may need to revisit if you do not want to dig your own grave.

In this post, I will be dismantling common viewpoints foreign aspirants tend to have of themselves and about Korea and it’s pop society.

The common pitfalls of the “foreign kpop idol” trope

There are reasons why I said being a foreign idol would be hard, some of the basic reasons builds on people’s naivete and lack of research. Now, I am no social expert, neither am I an exclusive insider to the industry, some of my points are just universal common sense, nevertheless since most of the readers of this post would most likely be hot-blooded teens, there Is a good chance of them omitting all the critical details to suit the narrative they want to believe as they get distracted by all the glittering lights and idols.

But here’s the thing honey,

You are NOT going to be successful because you “stand out”

You’d be surprised how many people think that the moment they step off the Incheon airport every single Korean would be in awe by them and want to take pictures with them because they look so exotic and different from all the “single-faced” Koreans.

You are not going to get magically scouted off the streets, neither are you going to magically get modeling or tv show offers.

Not to say such scenarios aren’t possible, but the chances of that happening on its own are one in a billion. Which brings me to my next point,

You are NOT special, neither do you have the “golden touch”

Just because you could do a few moves, and hit a couple of notes here and there, even if it’s just in your head, and it “feels right”, doesn’t mean that people would be clamoring to have you at their agency.

You are an independent contractor (an entrepreneur) and your product is your face, your talents, professional skills, and a possible image that SELLS.

Before an agency sees you as a person, they see as an investment.

No business would want to throw their hard-earned limited cash on a venture they think has no future, or on a product that has no market.

This is not to say that as a non Korean, you have no chance in the Korean music business, the world is changing and integrating at a rapidly fast pace, agencies are aware of this, and so are becoming more innovative and inclusive.

Debuting in a group will NOT guarantee you success

A lot of people think that the moment they début, then it’ll just be a smooth sail to the end, but honey, your problems are just beginning.

What’s even baffling, is that a lot of foreign aspirants have this delusional thought of being the most famous, the most sort after, the most favoured of the group they are in because well, they are foreign and exotic, and so everyone should be nice to them and give them stuff on a golden platter.

Everyone wants to be the group leader, main dancer, rapper, vocals, and even visuals. They want to be the most successful and most popular out of the group, they want to be the “golden maknae”, in summary they want a kind of “Suzy and friends” scenario, even if it’s supposed to be an integrated group of equals.

But here’s the thing love, while you came into the group wanting all these good stuff for yourself, so did every other member. And what happens when a group of people have conflicting interests and their own sinister agendas for domination? There would be back biting, sabotage, gossips, quarrels, and sinister gang ups and betrayals, God help you if you are at the receiving end of it all. It’ll far from the sisterhood you had envisioned.

To add some more salt to the wound, there is also a very good tendency of you becoming bitter and hateful when your secret desire to play the role of the favored golden child gets given to another person.

Hatred, envy, a feeling of being inadequate, robbed from, and overlooked would be the very demon that would make your life a living hell, seeping out whatever good or fortune you already have at your disposal.

You are NOT going to marry or date the oppa, neither are you going to be best friends with your favorite idols

I won’t even bother going in depth into this, but it truly amazes me how a lot of young female kpop aspirants think that once they get off incheon, they will not only get scouted off the streets, and be the golden maknae, but somehow, their favorite Korean popstar would fall in love with them and they would have a steamy dramatic Korean drama sort of romance.

If you secretly desire and believe such things, then you really have no idea of how the world works and the nature of the Korean entertainment culture.

I kind of feel bad for you.

At this point, I hope your illusions have been shattered,

If you have been paying attention to the streets, you would know it will only be a matter time before a non Asian breaks the industry, we don’t know who it is yet, but it just might be you.

Head on to the next page when you’re ready!

3 thoughts on “How possible is it to become a black (or foreign) Kpop idol?” 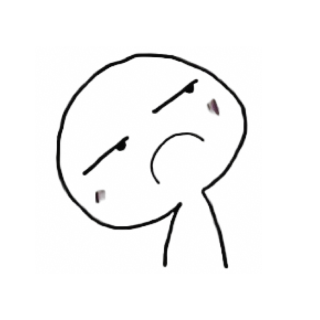